How the latest Queensland household gambling data will shape the future

The recent release of the Queensland Household Gambling survey has shown some interesting changes for the gaming industry as it strives to deliver a competitive product for patrons wishing to partake in gambling activities.

As many operators would be aware, gaming growth has been very minimal over recent years with increased competition from online gambling and a reduction in expenditure on a per head basis. The results of the survey, in particular, show an increase in non-gambling adults from 15.1% of the Queensland adult population in 2001 compared to 26.2% in 2011/12 and an increase of 0.9% from 2008/09. The following table outlines the key changes in the survey.

Recreational gambling has decreased along with the non-gambling adults, whilst the problem gambling statistics shows a slight increase of 0.09% compared to the 2008/09 period.

While problem gambling has shown a minor increase the awareness of help services shows some positive results with 72% of Queensland adults seeing or hearing advertisements encouraging people to gamble responsibly.

There was some evidence that gambling is a more popular activity in some regional areas than in Brisbane. In Brisbane, about 28% of adults had not gambled in the previous 12 months. Gambling was more popular in Gold Coast, Fitzroy, Townsville and Mackay where the percentages of people who had not gambled were: Gold Coast (24%), Fitzroy (22%), Townsville (21%) and Mackay (19%).

The prevalence of each of the gambling groups was otherwise very similar across Queensland. The survey results indicate that no Queensland regions had measurably higher or lower rates of problem gambling than Queensland as a whole.

An interesting result from the survey indicates the 18-34 age bracket as the highest participation rate for playing gaming machines as outlined in the below graph. 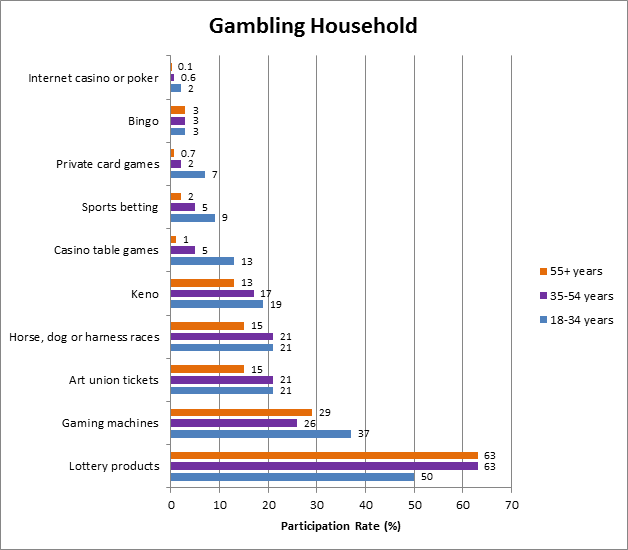 Males were more likely to participate in gambling on Gaming machines with a 41% participation rate compared to females at 33%.

There are many statistics to be gained from the survey. However, venues are encouraged to undertake their own research with members and visitors.  Clubs often have large amounts of data at their fingertips and neglect the key information and player habits that can derived from databases and research programs. With the evolution of ‘big data’ it can become quite complicated and easy to get lost in.

DWS have undertaken many of research programs and can assist in analysing and interpreting key information and trends. If you would like to take advantage of this information, contact Danny Nixon Smith at danny.ns@dws.net.au

What's happening in your backyard?

You have no doubt seen DWS’ monthly gaming snapshots where we compare a region’s growth over a one and two year period, but how often

A week back, I had the pleasure to catch up and have a beer with Danny Finch at Rockhampton Leagues Club. Being one of the