What we can all learn from Domino’s latest #gamechanger 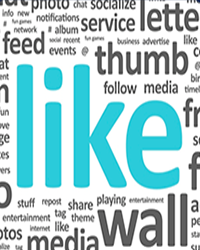 There’s no denying that social media had rapidly evolved from a fun, novel way of keeping in touch with family and friends to an all-powerful machine that can make or break the smallest business to the largest corporation. Nothing brings this home more than the ‘game changer’ fail that Domino’s released this week on social media.

For those of you who missed this monumental moment in Domino’s history, they recently announced after a week-long social media teaser campaign about a major revamp which was revealed to be the introduction of new premium toppings and square bases. An announcement that appears to have fallen squarely flat on its face.

”I like dominos but they deleted my comment too, all I said was I think the hype around this for a few small changes isn’t game changing to me … everyone is allowed to have an opinion!”

The key lesson here is that you have little control on social media. You may own your brand but your customers own their voice and if you are using social media channels, then you are asking for their input so you better be ready. A traditional marketing campaign may have better served this Domino’s announcement, but then, here I am talking about it along with the rest of the nation (maybe it was a good idea after all?).

How you communicate with your customers through your social media forums is a direct reflection of you, your business and the services or products you offer. It is a lesson that some of the most well-known organisations in the world have had to learn the hard way. Domino’s continues to defend their campaign as being a real ‘game changer’ which apart from deleting negative comments, I have to admire them for.

However, the number of hospitality and leisure organisations using this double-edged sword effectively is minimal. Although social media tools like Facebook, Twitter and YouTube can, and often should, be used as part of an overall marketing strategy, they can often start without a clear direction or without set guidelines in place to assist the employee responsible for monitoring social media pages.

Another example of backfire when facing criticism through social media is the Nestle versus Greenpeace debacle a few years ago. Nestle found itself on the defensive after an attack lodged by members of Greenpeace first on YouTube and then on its Facebook page. The issue that raised Greenpeace’s ire was Nestle’s palm oil sourcing activities that the environmental organisation considered to be detrimental to the habitats of endangered animals.

When Greenpeace uploaded a video to YouTube criticising Nestle’s business practices, the multi-national corporation responded by trying to have the video taken down leading to a barrage of angry comments on their Facebook page, to which Nestle responded;

‘We welcome your comments, but please don’t post using an altered version of any of our logos as your profile pic – they will be deleted’

…and ‘Consider yourselves embraced. We set the rules and it was ever thus.’

How a business handles negative comments should be no different than how you would handle a disgruntled customer in your venue. Deleting or ignoring comments is inadvisable and should be dealt with promptly no matter how unreasonable or angry the customer might be. Of course, there are some exceptions, for example the Domino’s policy for removal includes profane or offensive language, racist, threatening or commercially sensitive comments.

We all know the saying that one bad experience will be shared with 5 other people on average. Throw social media into the mix and you can surely multiply this to hundreds or thousands of people reading and sharing your complaint online.

The good news is that social media has an enormous capacity to restore reputations and promote your venue as a true community supporter. Maybe because it is lunch time, I’ll use the example of Domino’s Pizza again and how they used social media to apologise and engage with the public when their corporate image was severely jeopardised by two employees who posted a YouTube video of themselves handling customers’ food in a crude, unhygienic manner (luckily this is America and we can safely assume our Australian pizza is safe). The video went viral and caused a nation-wide scandal.

Fortunately, Domino’s responded quickly by creating their own YouTube video in which the CEO personally apologised to the public and outlined the new policies and procedures Dominos would implement to ensure that this would never happen again. For them, it was all about being and responding in the space where their customers were talking.

I guess the real game changer is that Domino’s has shown us what happens when you over-promise before you can deliver and that having a Facebook page does not necessarily mean that you are being social.

So next time you think about posting your latest weekly dinner special or the entertainment for the following month… ask yourself these questions:

1. Do you have a qualified person managing your social media channel?

2. What is your desired outcome?

3. Do you have an overall strategy for your social media channel?

4. Do you know what your customers want from you and your social media channel?

5. Can this turn sour and how will you react if it does?

There’s nothing ‘game changing’ about offering great service but it is imperative that you own the responsibility of your social media channels by being there to address the issues because there is a big difference in doing social – and being social.

How to minimise risks during the festive season

Michael Blong | Senior Consultant With the festive season upon us, it is always timely to reconsider those matters which we can sometimes leave to

Are you ready for the first privacy changes in over a decade?

Earlier this year, Federal Parliament passed a bill, which has been around for a very long time, that is making a fundamental change to how