Should all licensees be tarred with the same brush? 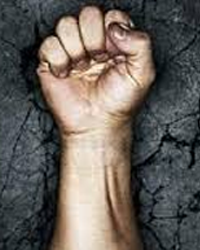 The recent spate of unprovoked attacks in nightclub precincts has troubled me. My head still spins when I think of the inadequacy of the four year sentence issued to Kieren Loveridge for Thomas Kelly’s death in July 2012, And, like many of you, I’ve followed recent media reports of alcohol-fueled violence and the coining of the phrase “coward punch” with dismay.

Sky News has given this issue a lot of air time on its half-hourly bulletins this weekend with disturbing montages of footage taken late at night in Sydney and Kings Cross, and long form interviews with the “Last Drinks Coalition” calling for the O’Farrell government to roll out Newcastle’s tough trading restrictions across NSW. Similarly, The Sunday Mail dedicated a double page spread in early general news this weekend (12/1/14) detailing rates of attacks in different precincts and naming and shaming venues.

Unsurprisingly, none of the well-managed low-risk hotel venues we’ve spoken to, nor a single community club, who are seeking the chance to extend their trading hours hoping to improve the offer for patrons and grow their earnings are among the trouble hot-spots. In my ten years working in club land, the greatest acts of violence I ever witnessed were late, high-shots behind play on footy fields of varying shapes. Nothing to do with licensed operations or extended trading hours.

Many responsible licensees, hotels and clubs alike, don’t currently enjoy the right to trade until 3am. Nor have they been allowed the opportunity to apply for later trading hours due to the moratorium imposed by the Bligh Labor government in September 2009, regardless of the trading hours enjoyed by competitor licensees around them. Who can remember what bungle or scandal Bligh and her cohort were trying to distract the public from at the time? It matters little, except to illustrate that it was good politics at the expense of good policy. Similarly, who can remember the bungle that Beattie was trying to draw attention away from in 2005 when he introduced the most draconian non-smoking laws in the country, a policy decision that hurt clubs and hotels enormously.

Let’s not kid ourselves that the conservatives are immune to this type of behaviour either, they’ve already opted to extend Bligh’s moratorium on extended trading. The Newman government is under pressure in the polls and facing criticism over handling of outlaw motorcycle gang laws, sex offender laws and this current media furore over alcohol-fueled violence; and might be tempted to make a big announcement about a ‘tough crackdown’. Such actions would strand again responsible licensees who might wish to apply for extended trading hours to satisfy the needs and wants of their patrons and grow their earnings.

Licensees have done it tough ever since the introduction of smoking bans in 2006. Unfavourable reforms, rising costs, an inflexible employment relations landscape and little growth in on-premises revenues have created a situation where venues need conditions that are favourable to growth, not more regulation.

Much has been invested by our peak industry bodies in building relational capital with law makers through participation in the expert panel on red tape reduction. Let’s hope that these peak bodies, and individual venues, can extract some value from that relational capital and influence the state government introduce reforms that are tough and sensible. Reforms can be tough on venues from which trouble emanates without stifling conditions for all licensees. Reforms should apportion some of the blame to individual offenders such that strong penalties serve as strong deterrents to those considering king-hitting an innocent passer-by. Action taken might include investment in improved CCTV coverage as well as an increased police presence in violence ‘hot spots’ to deter prospective offenders. Or to better bring to justice those who do choose to offend.

The world is fast moving towards a 24-hour society. It would be a shame to see Queensland’s licensed venues wound back to the trading hours of yesteryear and for all venues suffer because of the actions of a few irresponsible licensees and a rogue element in the community who seek violence as part of a night on the town. The media reports we’re reading are predominantly about 18-25 year old patrons consuming excessively in high-volume liquor venues in nightclub precincts. Yet there is a risk that venues serving localised markets in the suburbs – who are looking to offer a full service experience of food, bars, gaming, conferencing and café to a more mature market in a controlled (often member-driven) environment – will be affected by whatever decision are made between now and 1 April 2014.

For more information on the most current legislation developments, contact Tom Streater on (07) 3878 9355 or by email.

The Get in the Game grants program supports sport and recreation at the grassroots level and comprises three funding programs worth $47.8 million over the

To cater, or not to cater?

By John Dickson | Managing Director Click here for your free PDF report “John, I’m thinking of outsourcing my catering. What are your thoughts?” These

Allowing the 'Dodgy' Bag – The rules, risks and controls

When working in our industry you have doubtless encountered a customer with a half full plate posing the sticky question, “Can you wrap this for