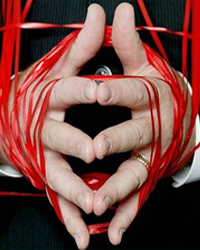 As the Bob Dylan song goes, the times are indeed ‘a-Changin’.

There’s no doubt that there has been a considerable amount of uncertainty and time spent waiting and speculating on the outcome of the country’s leadership and future direction.  The results of the election will provide better stability, but what exactly are the changes the gaming industry can expect from a Coalition Government?

Over the last 12 months, Queensland hospitality business groups have been in consultation with the State Government on key issues facing the industry, particularly on red tape reduction as well as various requests to rejuvenate and remove burdens on operations.

This process, while seemingly slow, has resulted in various changes.  However, the majority are yet to be approved. Again, waiting for an election to be held has put a handbrake on implementing changes that would have eased the pressure on our industry as well as promoting growth.

With the Federal Election decided, it is hoped this will trigger significant legislation changes.  The table below outlines the commitments the Coalition provided Clubs Australia prior to the election.

The key immediate change will be the removal of the current legislation on ATM restrictions, which is due to commence in February.  Given the short time prior to Christmas and the closure of Parliament for the holiday period, it is essential for this to be enacted immediately. If the Coalition fails to have this changed prior to the Christmas closure, venues may be forced to implement alternatives for patrons to withdraw more than $250 in a 24-hour rolling period.

There are a range of solutions available, however the most notable step would be to ensure the patrons and venue staff are fully aware of the implications. DWS have initiated an assortment of strategies that may assist venues deal with the new changes and challenges ahead.

Get the latest hospitality industry news delivered direct to your inbox by signing up to the DWS
Newsletter.

You Will Be Surprised at These Renovations!

The Real Cost of Chasing Business